There has been no Asian leader who could measure up to the stature of Mr Lee Kuan Yew on the global stage. Muzzling the media, crippling the Opposition and making the Communists non-entities may seem like draconian political aggression at the expense of some freedoms, but had he adopted a softer, democratic approach, Singapore will have failed. 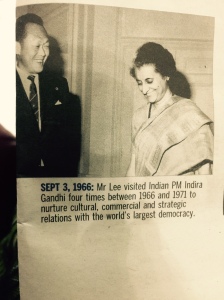 It may all be reminiscent of the Emergency in India, but excesses led to the failure of late Prime Minister Indira Gandhi’s experiment, to the detriment of the country.

Mr Lee welcomed the Emergency, so did Indians generally. But the media and the Opposition exploited the excesses and ensured the defeat of Indira Gandhi in the 1977 elections.

The Hindu has an interesting piece today on the two leaders – http://www.thehindu.com/news/international/lee-kuan-yew-didnt-dislike-india-he-was-disappointed-by-india/article7023579.ece 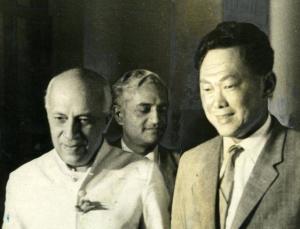 One of the photos here is stolen from the special edition of The Straits Times this afternoon to commemorate the life and times of Lee Kuan Yew who passed away at 3.18am today. The rest are from the Internet, taken through a Google search.