For authoritative, focused insights into the strides made by Information and Communications Technologies and emerging innovations going mainstream there is no better event in Asia than CommunicAsia that Singapore hosts annually.

The event that unfolded yesterday at the Marina Bay Sands, open only to trade visitors, holds extra relevance this year as 2015 is marked by a celebration of Singapore’s Golden Jubilee (SG50). 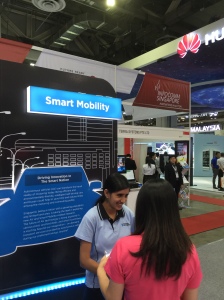 I visited the event this afternoon and found that Singapore’s Smart Nation vision finds prominence there. It integrates three events – CommunicAsia, Broadcast Asia and Enterprise IT and will be on till this Friday (June 5).

Connected Home and Tech Advances: The world is already abuzz with talk about Internet of Things (IoT), Big Data, Business Analytics and Cloud technologies. Not surprisingly, many advances in these technologies have been unveiled at CommunicAsia2015.

Connected Home and Smart Office innovations dominate EnterpriseIT2015 as do wearable devices and technologies. Mobile payment and mobile health are some of the other areas that find focus..

BroadcastAsia2015 is the largest representative integrated event for film, TV and entertainment industries.

Smart Nation Vision, Challenges and Progress: It has been more than a year since Singapore announced its plans to become the world’s first nation and it is already paying off with the successes so far being showcased at the IDA booth as well as in many other kiosks put up by technology partners at the show.

As the IDA’s Executive Deputy Chairman, Mr Steve Leonard, said today a Smart Nation “is not about whether we have this tech or that tech. Rather, it is about Singapore having the opportunity to tackle important world challenges.”

The challenges that I had written about on May 26 this year in my blog include: 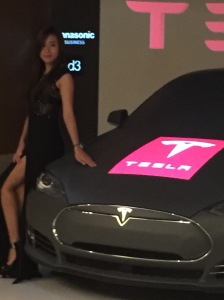 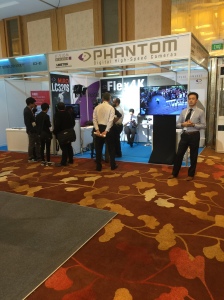 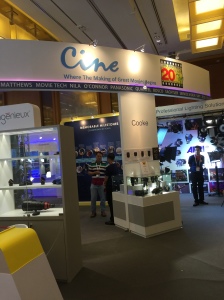 Sensors, IoT, Big Data and More: By making Singapore a truly Smart Nation, powered by big data and analytics technologies, and next-generation connected and sensor networks, the country hopes to have solutions in place that will address the challenges that impact the world.

To help the nation realize this vision by 2025, Singapore is enlisting the support of technology companies based in the country. Key technologies for the Smart Nation initiative include sensor networks and IoT (Internet of Things / Internet of Everything).

Many companies have already been accredited which will allow them the opportunity to win projects by government agencies.

Prototyping phase: These are strong indicators that the Smart Nation drive is entering the prototyping phase. “For the past 12 to 18 months we have been thinking, architecting and brainstorming. This year we will build, test, experiment, take feedback and move forward,” said Mr Steve Leonard. “We want to understand and explore the possibilities for a Smart Nation.”

Technology Standards: A nation can hardly be smart without well-defined technology standards. Singapore has taken this initiative as well as part of its objectives.

One such standard relates to cloud security without which it can be a challenge for building trust. The world’s first Multi-Tier Cloud Security (MTCS) Standard has already taken shape in Singapore 13 Cloud Service Providers (CSPs) are now certified across different tiers.

What you find here are some photographs from the CommunicAsia and BroadcastAsia events at the Marina Bay Sands.